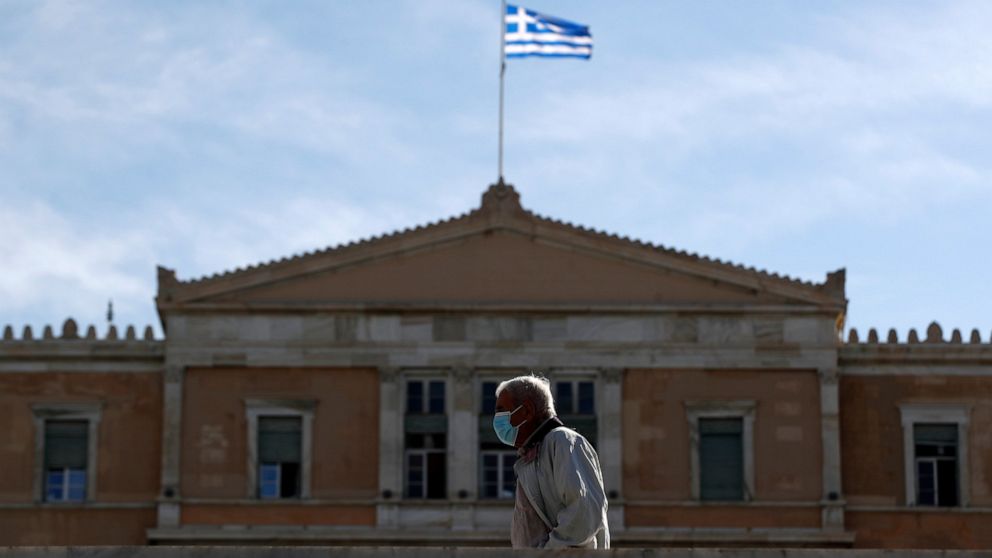 ATHENS, Greece — The Greek government’s opposition is trying to block new insolvency legislation that it argues would leave vulnerable mortgage holders more exposed to repossession during the pandemic.

The conservative government is overhauling its bankruptcy regulations, replacing a protection program for distressed loans on primary homes, which expired in July, with a state subsidy program.

The government says the proposed changes would be better targeted and would ease pressure on banks still coping with a mountain of loans left unpaid during years of financial crisis.

The overhaul has also received support from Greece’s bailout creditors which control repayment terms for most of the country’s massive national debt and argue that reform is needed to stabilize the banking system.

Parliament will start to debate on Friday the motion of censure against the finance minister brought by the opposition, with a vote due late Sunday. The motion is unlikely to pass as it would require votes from the governing center-right New Democracy party, which has 158 seats in the 300-members assembly.

Former left-wing prime minister Alexis Tsipras submitted the censure motion, arguing it would be inconceivable to put mortgage holders at additional risk during the pandemic.

“We are giving you the opportunity not to write your name in black letters in the economic and social history of this country,” Tsipras said in parliament Thursday, addressing government lawmakers.

“Don’t add your name to the thousands of repossessions that will take homes away from ordinary people – and the misery that will follow.”

Greek banks have the highest rate of non-performing loans in the European Union, at more than a third of the total by value.

An effort to improve their balance sheets, helped by a planned 30 billion-euro securitization scheme, has been undermined by the sudden downturn in the economy due to the pandemic.

The economy contracted by 15.2% in the second quarter.