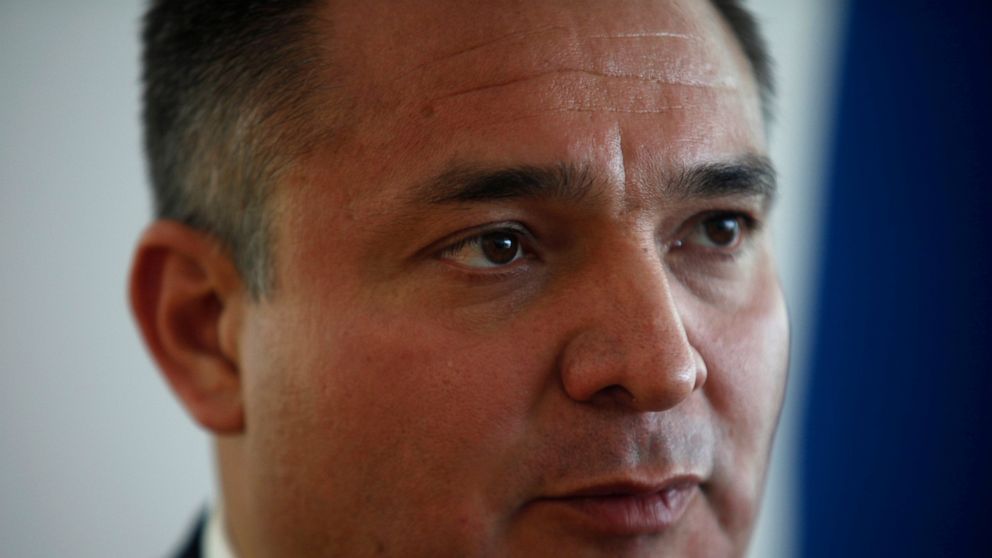 Mexican officials say they want to prosecute former security chief Genaro Gará Luna in his own country, despite the fact he faces trial in the U.S. for allegedly protecting a drug gang

MEXICO CITY — Mexican officials said Sunday they want to prosecute former security chief Genaro Gará Luna in his own country, despite the fact he faces trial in the U.S. for allegedly protecting a drug gang.

The action follows a U.S. decision to drop charges against another former top Mexican official accused of drug links, ex-Defense Secretary Salvador Cienfuegos, and leave any prosecution up to Mexico.

A federal official told The Associated Press on Sunday that the Attorney General’s Office had issued an arrest warrant on Friday for former Public Security Secretary García Luna and that officials “are assessing the viability of starting an extradition process.”

The official, who spoke on condition of anonymity for lack of authorization to discuss the case publicly, said García Luna is accused here of illegal enrichment.

García Luna served as security chief under former President Felipe Calderón from 2006 to 2012 as the leader in the government’s fight against organized crime.

He was arrested in December in Texas and pleaded not guilty last month to drug trafficking charges, including a new one of engaging in a continuing criminal enterprise.

U.S. prosecutors accuse him of accepting tens of millions of dollars in bribes — often stuffed in briefcases full of cash — to shield the Sinaloa cartel from law enforcement.

In January, the former Mexican official pleaded not guilty to charges of cocaine trafficking conspiracy and a false statement.

It wasn’t clear if the Mexican officials hope to bring García Luna back before a U.S. trial or before any potential prison time there. Some past Mexican officials were tried at home after serving a sentence in the U.S.

U.S. authorities have estimated a trial there could take two or three months.

The United States earlier this month dropped a drug trafficking and money laundering case against Cienfuegos, an extraordinary reversal that followed an intense pressure campaign from Mexico.

A judge in New York City approved the dismissal of charges and the general was quickly sent back to Mexico, where so far he faces no charges.

Cienfuegos, 72, was secretly indicted by a federal grand jury in New York in 2019. He was accused of conspiring with the H-2 cartel in Mexico to smuggle thousands of kilos of cocaine, heroin, methamphetamine and marijuana while he was defense secretary from 2012 to 2018.

Mexican officials complained that the U.S. failed to share evidence against Cienfuegos and that his arrest came as a surprise. It also caused alarm within Mexico’s military, which has played a crucial role in operations against drug cartels.

The day after Cienfuegos was returned to Mexico, Foreign Secretary Marcelo Ebrard said that Mexico wants any trials of allegedly corrupt public officials to take place in Mexico rather than abroad, though he distinguished the cases of Cienfuegos and García Luna, noting the latter had been a resident of the U.S.